Welcome to my first post about my gluten-free journey and lifestyle! I thought I would start by telling you how I came to be diagnosed. I’ll be honest, when I found out I had Coeliac Disease I was pretty devastated. My Mum had actually just been diagnosed with it a few months beforehand (and my Dad would be diagnosed with it a few months after!). This meant I knew exactly what the disease was and how it had affected my Mum’s lifestyle; no more bread, cakes, takeouts and so on (or so we thought!). However my Mum hadn’t actually had any symptoms with regards to stomach pain or constipation/diarrhoea; she had chronic fatigue. (She actually went to the doctors with a sore finger and then from the blood tests found out quite by accident that she had Coeliac Disease!) I myself had been suffering with chronic stomach pains, severe constipation (sorry to be graphic but many people think Coeliac Disease is just diarrhoea but it trust me it isn’t!) I was actually in my final year at University which was hard as I had to have extended deadlines because I had really come to the point where I couldn’t cope with it anymore. So many people are under the illusion that being unable to eat gluten is just like any other allergy but it is most definitely not the case. It is called Coeliac Disease for a reason: it is an autoimmune disorder which means gluten can cause serious damage to your body. Here is a link to explain it in more detail. Not only does it cause severe pain but it means that your body is unable to absorb minerals, vitamins, iron and calcium which obviously can have serious consequences, particularly with people who are diagnosed later on in life, as well as problems with fertility and problems during pregnancy. It can also cause severe rashes on the skin called Dermatitis  Herpetiformis which is awful; something I suffered from severely for my whole life, believing it was eczema, and it went when I stopped eating gluten. I think it is really important to get the message out there that Coeliac Disease is serious and we need to raise an awareness for it as 1 in 100 people in the UK are affected by it, which is a pretty high number. It is also heredity which is something important to be aware of. My Auntie has it and both my parents have it (my brother is fine! I got the short straw!) It took quite a while for me to feel the benefits of being gluten-free as it takes a few months, even up to a year or more, for the villi to repair in the small intestine from the effect of the gluten. But I soon got over not eating gluten filled foods because there was no way I wanted to go back to the pain and discomfort that I was suffering with – nothing was worth that! So I decided to get on with it and make my own gluten-free deliciousness. It took quite a bit of trial and error as gluten free baking is a bit different to baking with gluten but I think I have been pretty successful 🙂

So when you next see something  labelled ‘gluten-free’ don’t dismiss it as something some health nut weirdos eat! We eat it because we have to; and it is just as delicious as your ‘regular’ food! Well the recipes on here are anyway! So I just thought I would put my story out there so you can see why I am doing this blog and why I want to help my fellow Coeliacs out there (and those who are intolerant to gluten and lactose!) so that we can enjoy delicious food that won’t harm our bodies.

My Gluten-Free Journey was last modified: May 5th, 2015 by Hannah Yousif

Hello! my name is Hannah, I was diagnosed with coeliac disease two years ago and have also been lactose free and nut free for a number of years. I was fed up with settling for second best so have built up a collection of amazing gluten,lactose AND nut free recipes so that you do not have to endure gluten free but enjoy it! This blog is dedicated to my passion for tasty baking and cooking recipes. 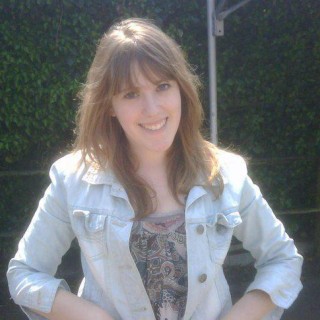 Hello! my name is Hannah, I was diagnosed with coeliac disease two years ago and have also been lactose free and nut free for a number of years. I was fed up with settling for second best so have built up a collection of amazing gluten, lactose AND nut free recipes so that you do not have to endure gluten free but enjoy it! This blog is dedicated to my passion for tasty baking and cooking recipes.

Join our mailing list to receive the latest tasty gluten, lactose and nut free recipes straight to your inbox! What have you got to lose?